Ripping Off The Band-Aid 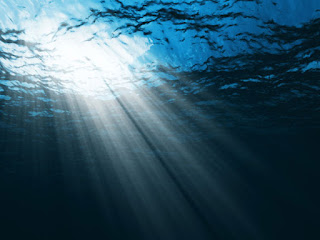 "All art is kind of confession, more or less oblique. All artists, if they are to survive, are forced, at last, to tell the whole story; to vomit the anguish up." - James Baldwin

Late last year, I suffered a miscarriage. I know that's a tough way to start a blog. Okay, it's depressing as hell. The thing is, I've barely written here since. I've barely written anywhere since. I have realized that maybe I need to let some of the depressing stuff out so I can get back to the good. I have been blogging since 2007. Back then, I was shouting into a dark space and really didn't know if anyone was listening. It was cathartic for me. Validating. It allowed me to process the joyous transitions, the unfathomable pain and my personal growth with clarity and at times, company. Lately, I've been kind of afraid of the blank space. Any blank space. This blank space. I think its because I haven't been honest so here it is... all of it.

I had a miscarriage. Even now, its difficult to write those words without a blush of embarrassment flooding through me. First of all, it's an ugly, freaking word. It sounds more suited to dropping something accidentally. That shattered glass on the floor - I miscarried. That milk in Isle 1, miscarriage. It doesn't sound like loss. Like irretrievable, gut-wrenching loss. I didn't tell many people at first. Not just because I hate the word but because my sadness felt so darn silly. Even upon finding out, I kept muttering this is so stupid to my husband. I was embarrassed by the tears rolling uncontrollably down my face. Embarrassed by the tears in his eyes. After all, I didn't know if it was a boy or girl. I didn't give him or her a name. We never even met. However, I was full with her. For a brief space in time, there were so many possibilities. Early morning snuggles and wet kisses. Coos and toothless smiles. We weren't planning to have another child but sitting in the doctor's office, clutching my husband's hand and watching my doctor's mouth as she muttered the words, "I am so sorry" - all I could think about was how badly I wanted to hold him in my arms. How very badly I wanted to smell her and watch her grow. Suddenly, something I hadn't even known I wanted was all I wanted and all I couldn't have.

News of our rainbow came on a Sunday in March. My husband and I had just celebrated our 10th wedding anniversary and spent four days at the ocean. A month before, we decided we would try again. We didn't want to replace what we had lost but we had learned from our pain. Simply put, we realized that we wanted another child and losing the baby taught us how unfinished our family felt. So when it was safe, we tried again. The test that night was undeniable positive. We were watching The Walking Dead and had guests. I checked in the bathroom on a commercial break and when I returned to the couch, I texted him the news, even though he was right beside me. We were like two kids with a secret, stealing kisses when no one was looking and laughing for absolutely no reason at all. I can only imagine what our guests thought. The new guy is growing at a furious pace, even faster than his two older brothers. He will arrive in November. Almost a year to the date we learned we were carrying the baby we lost.

I'd be lying if I said I wasn't afraid. I am so afraid. I am afraid something will happen to rip him away from me. Me away from him. Him away from us. I am afraid to love him so much even though I barely know him. At every doctor's appointment, I hold my breath until I hear his heartbeat. Until I see is little body moving and stretching. I cry every time. Every single time. I just have to keep reminding myself he is here. Now he is here. I have no reason to believe that this time next year, he won't be joining his brothers in driving us absolutely crazy.

Two weeks ago, my husband lost his dad. I'm not mentioning that to win the most depressing post ever award (though, admit it, I'm in the running). I'm mentioning it because with my last son, I lost my older brother and my grandfather. When we got the news, for a moment, I felt ill. Why is it that new life seems to be accentuated by death? Why can't my father in law be here to meet his newest grandson? Why does the joy of this new life have to be marred by the pain of death? I confessed my feelings to a dear friend and all she could see was the beauty. Twice, she said, I have been chosen to be a vehicle of life in the time of death. How lucky was I to give birth to such charmed children? I was reminded of how happy my mom was holding my youngest in the wake of losing her own child. How happy my mother in law, husband and sister in law will be holding this new life in her arms.

I just want to thank everyone for sticking with me on the blog and social media while I worked out the more difficult parts of this year. I'd be a fool to say its behind me because no one know what the future holds. I also imagine the words would be pretty empty if I'd never been forced to survive. I will say this... spilling these words here has felt marvelous and necessary. Hopefully, that means now they won't stop...