This fall, my best friend gave me four free tickets to Oprah's The Life You Want Tour in Washington, D.C.  Initially, I was a little wary of the invite.  I consider myself fairy driven and mostly happy.  I didn't know how much I would benefit from a weekend of self-help clichés and sponsored motivation (I mean, how intense is that photo?).  However, filled with gratitude that my friend would think of me (and trust in her assurances that it was "just what I needed"), I rounded up my girlfriends and went all in. 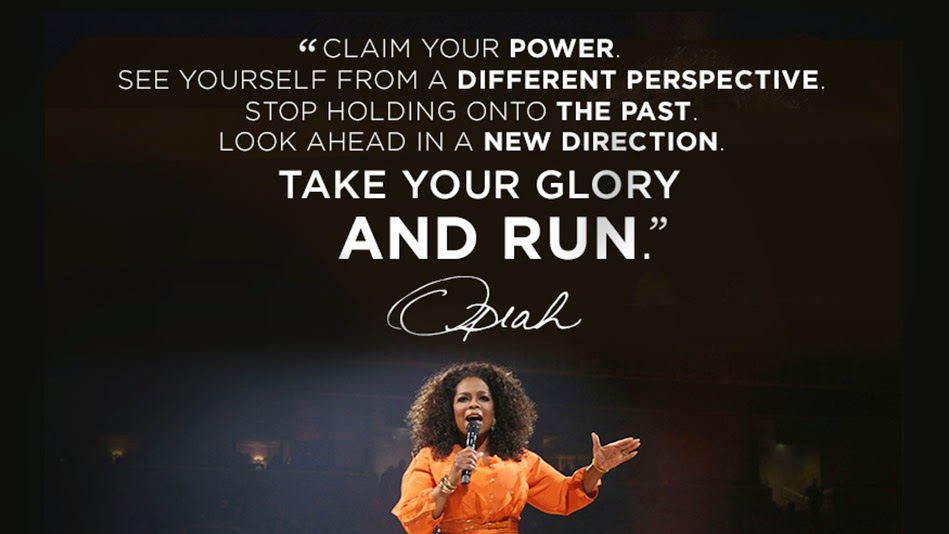 I had a great time.  The speakers and activities were great but the energy in that room was life-changing.  Over the two day event, men and women piled into a convention center with hopes of coming out better humans.  I met and had conversations with people who, on face, I should have had nothing in common with. However, I came out of each conversation feeling like a better person.  There was no judgment or pretense - just positivity and support, like a reboot for folks whose lives had left them close to empty.

During the second day of Oprah's weekend, there was a Soul Cycle demonstration called Soul15.  For those of you unfamiliar with it (as I was), Soul Cycle is this indoor cycling class that combines great music with positive affirmations to form this kind of insanely positive, high energy cycling party.  Anyway, this impossibly energetic, beautiful curly-haired woman, Angela Davis, came running out and got the whole audience of well-heeled ladies off their feet and dancing and squatting like maniacs on the floor of that convention center. She would yell positive words and phrases into the crowd, forcing us to declare who we were and how we saw ourselves.  I get chills remembering it.

Somewhere in the middle of cheering and sweating, I was overcome by the palpable energy of the crowd.  It felt good to be moving.  It felt good to be yelling.  It felt good to just be me.  Despite a relative degree of success with my lawyer life and writing career, I couldn't help but feel mocked by my failures.  I realized I had begun to reserve  mental space for things I couldn't control, allowing things that didn't go my way overshadow the things that did.  Dancing like a wild woman among strangers, I felt beautiful and alive.  I wanted to feel that way every day.  I knew the only person who could control that was me.  My first step becoming a better me was easy.  In October, I started following Carmen over at My Natural Sistas weight loss journey on Instagram.  From Carmen's first "after" picture, I decided I wasn't taking another step until I started working on the extra 25lbs that took residence on my body over the past year.  I joined a new gym, got an awesome trainer and committed to going to the gym every other day. 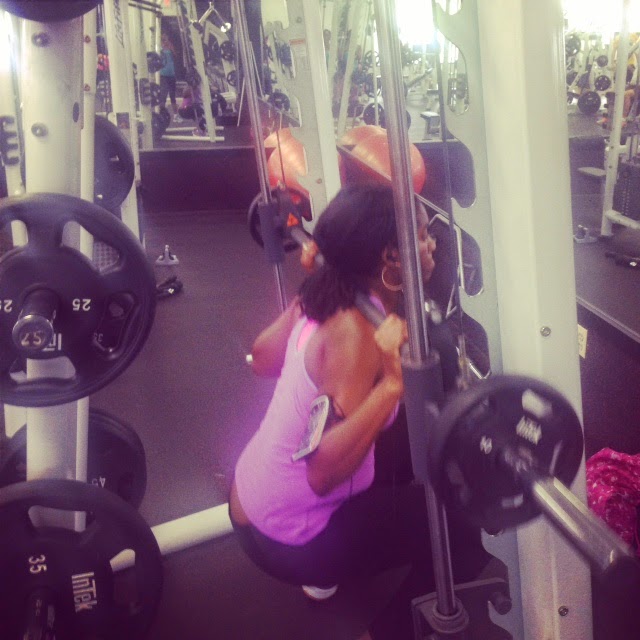 I'm two months in, ten pounds down and every muscle hurts but I'm happy.  I promise to smile in my next after picture (three months will be January 27).

The second was to start writing for love again.  When I started writing my first novel, I was a new mom on maternity leave.  I would drive to the small beach by my house while my brand new baby boy took a nap and write furiously into an old journal.  At night, I'd read what I wrote to my husband, like a secret between us.  I didn't think about what anyone would think or how much money it would make me.  I just thought about how much I loved stringing the words together on the blank pages of that notebook.  How the life that was born there seemed almost as real as the little life in my arms.  I needed that again.  Just as simply as I needed water.

So, that's where I am.  Days away from the new year.  365 days of joys, heartbreak and surprises but I feel better leaving than I did going in.  I will have a few writing related announcements at the top of the year that I hope you'll like! In the meantime, feel free to drop me a note or two about what the new year will bring for you.  We aren't jumping up and down in a convention center together but maybe we can join hands across the web and support one another.