I always get overly introspective at the end of the year.  Though time is relative and New Years Eve is really just another day, the end of the year always fills me with nostalgia.  I miss the good memories, am anxious to get beyond the bad ones and hopeful about what lies ahead.

This time last year, I was hitting 'publish' on my first blog post as Faye McCray.  Those close to me know I have been toying with my identity as a writer my whole life.  I started working on my first novel in 2008.  I vaguely remember sitting on the beach with my then-newborn son, thinking about my idea for the novel.  I would write a few paragraphs and read it to my husband, write a few, read a few and then tuck it away.  I wrote on lunch breaks at work, stop lights during my commute and after middle of the night feedings when I just couldn't get back to sleep.  It really was enough at the time.  It was a story I felt I needed to tell so I did, without any expectation or approval. My husband suggested joining writing groups and sharing my writing with other writers.  I shrugged but agreed thinking, "Wouldn't it be nice if... nah..." I was comfortable in my identity.  I was a new mom, wife, lawyer and sometimes, I wrote.
Then in 2009, my brother, Tommy died.
And I was angry.
Grief is, in fact, very angry.  Angry at everything.  Angry at the pain.  Angry at the birds chirping outside your window.  The sun for rising and warming your wayward tears.  The director of the funeral home's feet for being too large to stuff into her inappropriately high heels.  On a bigger level, I was angry death happens at all.  Whether you articulate it or not, there is a layer of emotion in grief solely devoted to the unfairness in death.  You wonder, how could the universe have given you someone you grow to love and cherish only to rip them away?  How could life be so tragically short?  Just when you get the hang of it, you get the news that it will be over soon.  Or maybe you never get a chance to get the hang of it at all.. 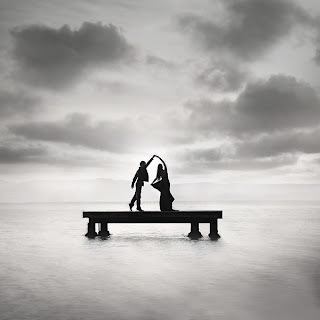 Less than a month after my brother died, I found out I was pregnant again and suddenly the whole circle of life dwelled within the walls of my body.  My soul bled with loss and simultaneously rejoiced in life.  I fluctuated between joy and pain, life and death, and in an instant, time seemed finite.  Like an explosion or fiery dagger barreling down at where you sit from the sky, it could all be over in an instant.  One second you are there, laughing at a silly joke, filling your lungs with the shared air and the next.... well, in the next, you're gone.

The last time I saw my brother, we were both shuffling mindlessly around my mother's house in Queens.  I was getting ready to snuggle in my mother's recliner under a blanket and Tommy and my husband were about to pop in the "early release" DVD of Zombieland.  My oldest, who was two then, toddled into my mother's office, undoubtedly to get into something.  I dropped the blanket down on the recliner and reluctantly followed.
"Pickle..." I'm sure I mumbled.  Tired and eager for him to settle down.
As I entered the hall, I spied my brother lift him up and place his forehead to my son's.  My son giggled and my brother smiled.  I did too.  My brother and I didn't always get along.  To see him so tender with my son... it was everything.  Call it a gift from the universe, but I remember that moment vividly.   As clear as a picture in my palm.  Sometimes when its quiet I relive it.  I rewrite it.  Instead of shuffling back into my mother's living room and falling asleep and muttering a sleepy goodbye as Tommy leaves my mother's house and I never see him again, I say...
"I love seeing you with him like that, Tommy."
He smiles and says, "I know, me too."
I say, "I'm sorry we fought so much when we were growing up but I am so happy we are closer now.  I love that I can call you and you always pick up.  I love that you are always there for me.  I love that you are such an awesome Uncle to my son."
He'd smile again and look at me over the shades he always wore.  He'd smirk because he'd be embarrassed but he'd let me hug him, a little longer than usual, and then I'd let go and he'd leave because he had too.
I can't rewrite that.

As I move into 2014 and reflect on all I did, and all I want to do, I am pausing to look back.  To remember placing a flower against my brother's silver casket and months later, spreading my fingers over my expanding stomach and feeling my son kick against my open palm.  My spirit weary with death and yet joyous in life.  I am reminded to take hold of those liminal moments with both hands.  Breathing in each space I am allowed to fill and not in a rush to end my journey.  I am reminded to become who I am intended to become.  Nothing more.  Nothing less.   I am reminded that a stranger's expectations of me matter not compared to my expectations of myself.  I'd say I'm eager to get started but let's face it, it's already begun.