I saw 42 a few weeks ago.  For those of you unfamiliar with it, 42 is a movie telling the story of Jackie Robinson and his role in the integration of Major League Baseball.  I wanted to see it when it was in the movies but babysitters are hard to come by, and when you get one, it's hard to justify using that precious time to go see a movie.  Anyway, my husband and I finally settled down to watch it and it was... okay.  It was entertaining, and the actors did a nice job.  Anyway, to my husband's chagrin, I have developed this new annoying habit of Google-ing things while I watch movies (looking up stuff on Google).  Whether it be "where did I see that actor before?" or "I wonder if this is a true story", movie watching for me these days usually involves my i-Phone clutched in my palm ready for me to find out the answer to a question that just can't wait.  Needless to say, leaning over my husband multiple times during movie-watching to whisper, "the one with the blonde hair played a high school student in Dawson's Creek" or "do you know the guy who played the dad died one month after filming this?" has not made me the most popular date at the movies. 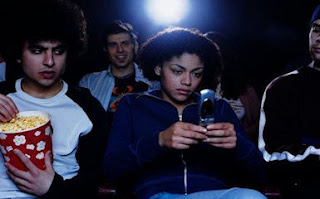 But, I do it anyway.
Movies like 42 were MADE for Google-watching (see what I did there, coined a new phrase like I'm an entertainment correspondent... yup, go me).   It's based on a true story, surrounds real events, and involves real people.  Not only can I Google the actors, I can Google the characters they play!!

One of the greatest things about the movie 42 was the underlying love story between Jackie Robinson and his wife, Rachel.  I was captivated by Rachel's commitment to her husband and his career and how she selflessly supported him as he became the first African American to play Major League Baseball.  The movie depicted him facing heinous racial discrimination which included everything from the free use of racial epitaphs by his colleagues while he stood on the baseball mound to death threats against him and his family.  In my Google search, I read an article where Rachel revealed that in order to combat the egregious working conditions her husband faced, she decided to make her home a sanctuary for him.  She made it a place where he could shut out the discrimination and harsh realities of the outside world and feel free to just love and be loved.  Throughout Jackie's career, Rachel dedicated herself to doing just that. 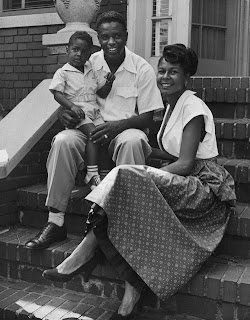 Now if you feminist ire is being raised, just know, following Jackie's retirement, Rachel pursued a nursing career and went on to teach nursing as an Assistant Professor at Yale.  I think her choice to focus on the sanctity of her home was less about playing the role of dutiful wife and more about love.  Can you imagine the rage Jackie Robinson must have felt to be challenged and threatened every time he walked on that baseball field and could do nothing to defend himself?  I would imagine it festered and grew like an infected sore that he just couldn't heal.  I imagine she, more than anyone, knew what he was holding inside.  She also knew the gravity of the task he had chosen to take on.  Based on what I saw in the movie and subsequently read, that love she had for him and the sanctity she created was probably the thing that kept him alive.  The thing that kept him going back every day and breaking down barriers.

Rachel's commitment has encouraged me to make my own.  While I work on myself (which is my greatest gift to anyone who loves me), I am also working on creating a sanctuary for my family.   Home shouldn't be a stop over as you go from one place to the next or that place you sleep, (sometimes) eat, and take a shower after a long day at work.  I want it to be base.  Remember that from when you were a kid playing tag?  You ran frantically from "It" so you could get to base where no one could touch you.  I want my 'home' to be base.  The place of silly laughter, rest, happiness, free tears and deep breaths.

Before my son's 3rd birthday recently, I redecorated our family room:  I cleaned our office space where my husband does most of his work and pinned up inspirational messages and pictures, put my kids play area in a more open space surrounded by light, and I moved my beloved chaise (where 90% of my writing takes place) to a corner by the window and surrounding it with objects and pictures of people that love, encourage and inspire me.  I added a nesting table perfect for housing my cup of tea or glass of wine.  I even put lavender and vanilla candles along the mantel above the fireplace to illuminate the space when my husband and I talk and build after the tiny humans go to sleep.  Our first full day in the newly designed room, my kids didn't ask to watch TV once and the hubz and I couldn't wait until the evening to enjoy the peace and quiet.  I realized how necessary nurturing that peace is to our happiness.  How necessary it is to our soul.  I read an article recently in the NY Times that said,

"Idleness is not just a vacation, an indulgence or a vice; it is as indispensable to the brain as vitamin D is to the body, and deprived of it we suffer a mental affliction as disfiguring as rickets. The space and quiet that idleness provides is a necessary condition for standing back from life and seeing it whole, for making unexpected connections and waiting for the wild summer lightning strikes of inspiration — it is, paradoxically, necessary to getting any work done." - Tim Krieder, "The Busy Trap"

I'm setting the stage.  I can't help but think that is exactly what it's all about.
That and the hokey pokey.
Think about it.