Big Pimpin', Cinnamon Rolls, and Other Comfort Activities to Cope with Rejection

When I was a kid and I had a bad day, my mom would take me for a big fat ice cream cone at the Carvel on Union Turnpike in Queens.  I would drown my sorrows in a creamy, swirly vanilla cone smothered in sweet rainbow sprinkles.  I'd lap up each dripity drop during our twenty minute car ride, unloading in between licks about the usual perils of an awkward youth.  My dramatics ran the gamut.  My 5th grade crush didn't like me.  The biggest dork in school did.  My feet were growing faster than my boobs.  And by God, how much longer did I have to wear braces?  By the time I dipped my tongue into that last bit of ice cream buried in the tip of the cone, my problems felt cured... until the next day at least.  I'd curl up that night and sleep like the sort-of baby I was.

As an adult, my cheer-up routine has... evolved.  Cheer-up sessions at 31 are usually just me.  Clutching the steering wheel of my car with one hand, guiltily cramming a Panera Bread Cinnamon Roll in my mouth with the other,  racing from work to lasso a kid from school/daycare before I get the "Mommy, I was the LAST one" speech. Only adding to this disturbing picture is my penchant for yelling angry rap lyrics in between bites.  Any ignorant late 90s or early 2000s rap record will do.  I belt them, off key and in error, so loud they pour out my open windows as the crumbs of my guilty snack fall out of my mouth and coat my lawyer-lady uniform.
Yah.
Not my proudest moments. 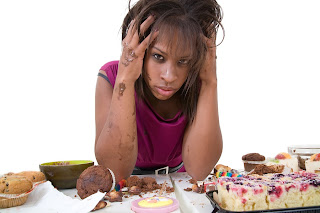 Recently, I've had a few (many) of these classy moments at the hand of the publishing dance.
Rejection is hard.
Let's just put it out there.
Whether it be that job you just interviewed for, the house you put an offer on, the person you just mustered up the courage to ask out, or the pushed away middle of the night roll-over (that one is for the married/boo-ed up folks), it's hard not to take a 'no' personal.

In publishing, there are alot of 'no's', eventual yes's and maybe's (see previous post) but a whole lot of ugly, stinkin', smelly 'no's'.

Here's the thing, we all know it's a part of the game.  JK Rowling recieved 15 before a publisher took a chance on Harry Potter (I'm pretty sure all 15 of those publishers still take a shot every time they hear her name).  Only ONE agent agreed to take on Nicholas Sparks's, The Notebook (he went on to sell it to a publisher with a one million dollar advance (!!!), read his amazing story here).  And a famous rejection letter to Dr. Seuss himself read, “Too different from other juveniles on the market to warrant its selling.”

I started off this process saving every rejection letter I recieved.  Creating a sad little folder in g-mail.  Printing them out and crowding my writing space like Stephen King said he did in On Writing.  Then I saw Tayari Jones speak at WDCE and she asked us all why?
Seriously, why?
Would we some day pull the rejection letters out of an overflowing binder and wave them into the air when we made it?  Would we perform a rendition of the Dreamgirl's hit, And I am Telling You (You're Gonna Love Me), while ripping the letters in pieces at the feet of our rejectors?
No.
I didn't have any big plans for my rejection letters and all they do is make me sad.  Focus your energy on the people who support you, she said simply, not those that don't.

So, I'm trying.  Not gonna lie.  Scarfed a roll and yelled the lyrics to Big Pimpin in my car just today.  BUT, I'm trying.  My new favorite cheer up routine is going to be one that actually cheers me up.  Not feel like raging lunatic covered in crumbs.

So far, it involves blasting this: 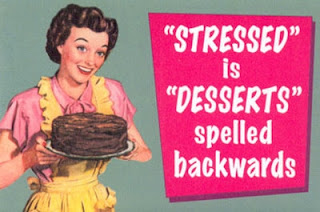