The Perks of Being a Writer

Recently, I was reading an article about Stephen Chobsky, author of Perks of Being a Wallflower.  I haven't read the book but I saw a preview for the movie a few evenings ago when I was trying to decide on a movie to watch on a date night with the spouse.  The preview really resonated with me.  I was by no means the super-cool kid in high school.  I was popular but popular in the way that everyone voted for me for student council... not the sneak-out-the-window-go-to-an-awesome-party cool. I will always remember that feeling of being completely lost in my head and absolutely adoring the freak crew I called friends.

Anyway, the movie seemed geared towards young adults so before I ordered it, I wanted to make sure I wasn't going to get sucked into some vampire-less Twilight full of unnecessary angst and uncomfortably long pauses.  I decided to watch it (husband didn't want to so I will finally watch it later this week).  In my research process, I happened upon an article about Chobsky who discussed the process of writing Perks of Being a Wallflower as being a long time in the making.  This young boy just kept showing up in his writing, he articulated, and he finally decided to just go unleash him. 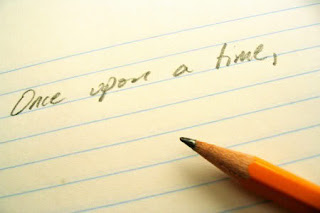 Yesterday, I met with my writing group, and one of the authors wrote this amazing short story about these two friends.  I commented that the protagonist of the story had showed up in her writing in her other work.  I wondered if she thought of running with her - it was clear (to me at least) that that particular character had a story that needed to be told and maybe it was time that she tell it.

While I anxiously (painfully) wait for my query responses to arrive for D&S (will reveal the title later but for now I will just refer to it as that), I have started my second novel.  This novel is a spin-off of D&S.  It features a character that was pretty awful in D&S but her complicated past was just screaming at me from the minute she was born on paper.  The novel is sort of a prequel as it takes place long before the things in D&S take place.  It starts with my protagonist as a chubby, innocent child who is dealing  with abandonment and disappointment.  I realize as I am writing just how long I have been waiting to write this story.  This character has been making appearances in my work since I was in high school.  I distinctly remember her first appearance in a short story I wrote in the 9th grade.  She was crying in the rain because she lost her favorite Barbie doll, the only present she could remember her absentee father every getting her.  It feels good to write.

I don't know where stories come from.  I don't know how I sit down at a desk, make up shit for hours and haven't landed myself in a mental hospital. I do know that every creative writer has been lost in that space where their mind can barely keep up with the fury of their hand.  Those moments were the story is pouring from them like water through the crack in a dam.  It's intense.  It's amazing.  It's damn-near other worldly.

Even if I never get published and I end up a little old lady with piles of unpublished work under my bed.  I know I will never stop.