I sent out my first query letter this week.
For those of you not familiar with the business of writing, a query letter or an agent query, is most often, a one-page letter to a literary agency seeking representation.  In it, you discuss your novel, your qualifications and why you think XYZ literary agency would be good fit to represent your work.  Once an agent is secured, they attempt to sell your manuscript to a publisher.

It sort of sounds simple right?  In my case, I spent the last few years writing my novel, 250+ pages, 70K+ words,  a one page letter? Easy breezy, right? 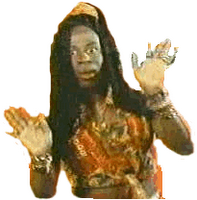 It is SO hard to write a query letter... at least in my case... I've tried to explain the difficulty to my husband and it boils down to  this:  I am intimately involved with every word, hiccup, cough and "Bless you" of this novel... when I talk about it, I get that deranged writer's look in my eyes and talk about my characters like I know them.  Unfortunately, that doesn't always translate into trying to sell them.  Think about it - how good would you be at... say... selling your mom?

Mom for sale... 5'9, beautiful, funny, enjoys a lemon biscotti, Tetley's British blend tea with evaporated milk, the word "apropos" and men with accents that look like Daniel Craig.  Loves watching horror movies with a snarl and unrealistic expectations and tends to self-isolate but will never ignore a call from her grandkids.

I'd buy it, but would you? How could you really make an informed decision without seeing her or knowing her.. or trying a mug of her "cream tea" (British blend + evaporated milk)?

Well, the inspiration to write the letter hit me like a tidal wave earlier this week.  Suddenly, I knew... good or bad... exactly what I wanted to say about my alters (*ahem, characters) and how I wanted to say it.  Unfortunately, my littlest tiny human fell ill with the flu (despite getting the flu shot).   He has been cradled under my arm since last week.  I've been worried, to say the least, but managed to finish up the letter amidst nebulizer treatments, insomnia and doing the crazy-stalker-mommy-stare at him while he slept (on my bed, between me and the spouse).  I hit send on my first query letter while spraying Lysol in a trash can, yelling at my five year old to stop playing with his penis and get in the tub and encouraging my littlest to take another sip of his Naked green machine (because he wasn't eating and the doctor recommended high caloric drinks).

He is better... which was my biggest prayer this week.

...and magically, the letter was sent.

Now I wait and (research more agents... and second guess... and obsesses and work on my second novel and...) wait...

Que sera sera, right? Whatever will be, will be.