And speaking of old stuff, I watched a documentary aptly titled Sing Your Song on HBO tonight, then DVR'd it and watched it again.  It is about the life and work of actor/activist Harry Belafonte.

His life is an inspiration.

In the documentary, Belafonte discussed using the power of art as a means of resistance and change.  He reminisced on singing songs of rebellion... songs of joy and songs of love.  I had no idea how instrumental he was in the civil rights struggle. I also had no idea just how incredibly talented he was/is. He was handsome (I mean, the man was beautiful), strong and courageous. I fell in love with him... about fifty years after the fact... but I fell in love with  him nonetheless.  Then I googled him and fell in love with this picture of him and the lovely Dorothy Dandridge. 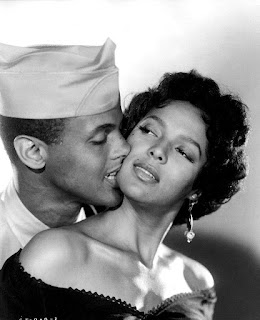 Why would anyone want to be anything other than an artist?