I promise this will be as painless as possible.

I am struggling with audience.  My novel is about a male college student, Nate, who struggles with drugs, alcohol and monogamy.  I know what you're thinking but he isn't just an asshole.  Nate is trying to escape.  He is trying to escape an abusive past and a younger sister he carelessly abandoned in the wreckage.

When he meets a beautiful woman who challenges him to be more than he ever thought he could be, things seem to turn around but you know what they say about bad boys...  Needless to say, he has a very difficult time changing his ways.

Nate is an unlikely protagonist but he is painfully human... oh, and did I mention... he just happens to be black.

In my Advanced Writing Workshop this fall, we each presented 35 pages of our manuscripts.  I was scared out of my MIND.  My class was mostly made up of older white woman and I just wasn't sure they would be receptive to a promiscuous black guy in college. My fears were proved unfounded when my manuscript was extremely well received.  My classmates talked about it enthusiastically for the full hour devoted to my book and I left the group feeling foolish that I thought the book was somehow unidentifiable because of race OR that my audience would only be other black and brown people. 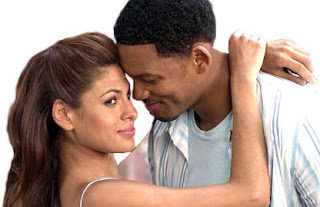 At the end of class, as I was basking in the positive reviews, an older black woman, Sharon*, whispered to me softly, "What are you going to do about race?"

"His roommate is white," she said as if that explained it all.  I nodded, puzzled and not really sure what she meant.

My novel is not autobiographical but it is very reflective of my upbringing.  I grew up in Queens, New York, which is arguably one of the most diverse places on the planet.  My friend circle was like the UN and none of us ever noticed or mentioned it - unless it was when I was trying to bum a spinach pie off of my Greek friend's mom... those things are DELICIOUS. I digress.  I spent most of my childhood feeling pretty boring because as a black American from New York, I didn't have any unique food to eat or cultural dress.  I wore jeans and ate pizza.  So, the diversity in my book isn't some big post-racial statement, it’s what I know.  That's not to say I didn't experience racism.  That is totally not true.  However, when it came to my friends, we were people first.  The skin we wore and the culture we belonged to just added to our imprint, it didn't define it.

I came home and mulled over Sharon's statements with my husband.  About half way through the book, my protagonist is involved in an interracial relationship.  The character, Allison, is one of my favorites.  She is funny, kind and just an all around awesome person who I would love to be friends with (weird writer moment).  Anyway, she is white.  Other than describing her as blonde with gray eyes, I have done very little to establish her as white.  Allison and Nate don't talk about race, they don't obsess over race... they just exist.  I wondered… should I be addressing it? Am I doing a disservice to the historical struggle of African Americans because of it?  I also have a gay couple in my story... should I be discussing their struggle too?

My conclusion was no.

The thing is, when I sit around the dinner table with my sons at night, I don't say, "How was it being black today?  What did the white people do?" My pillow talk with my husband doesn't usually start with "How does it feel to be oppressed?"

We are just people.

Complex emotional people with complex unique, individual problems.  I am resentful of a society that has made it an issue.  I am aware of the different set of rules for my sons as they grow older.  I will be sure they are aware of it too but in my house, in our private moments, I choose not to be defined by it.  I thought about Sharon's statements quite a bit and ultimately decided not to go out of my way to address race at every turn in my book.  It's not true to I am - and it wouldn't be honest.  That's what writing is about right?

Frankly, I just want to be on the shelf.